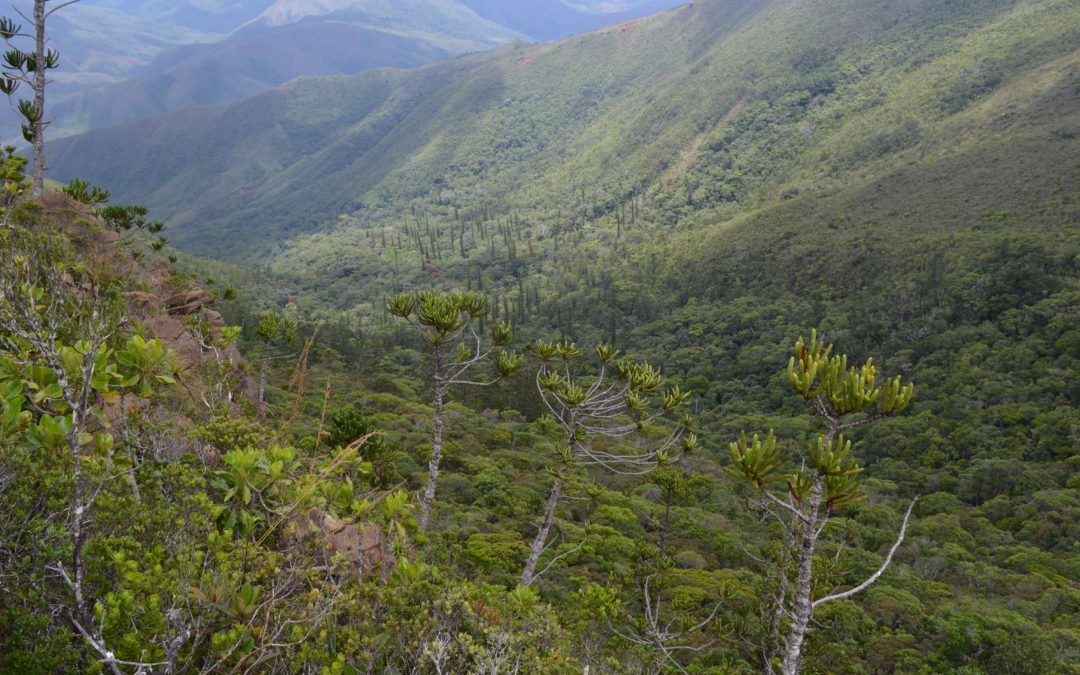 New Caledonia finds itself, more than ever in its history, torn between economic development and the conservation of its natural and biological resources.

In 2022, the increase in demand for nickel and the decrease in supply sources caused by the retaliatory trade measures against Russia are causing an unprecedented increase in prices, which will lead to accelerated exploitation of the mines in New Caledonia.

In addition, the territory now has three nickel refineries, which must be fed to be profitable.

These economic conditions will favour an acceleration of mining operations, as well as the forest clearings and environmental degradation that accompany them.

On the other hand, New Caledonia has a shown a certain will to protect its ecosystems for the future and is developing some revegetation projects.

These efforts could be boosted by carbon offset schemes.

One carbon credit corresponds to 1 ton of CO2 equivalent avoided by the project.

Carbon offsetting plays an important role in the fight against climate change by generating substantial funding to reduce GHG emissions and strengthen natural (forests, land use, oceans) or technological carbon sinks; avoiding the emission of a ton of CO2 regardless of the geographical location or method provides the same climate benefit.

It is indeed one of the key tools at our disposal to achieve global carbon neutrality by 2050: the only scenario compatible with a global warming contained below 2°C.

There are two systems of carbon offsetting mechanisms:

– the voluntary carbon offset market, which is intended for all actors who want to offset without being required by law: individuals, local authorities and companies. Their motivations are diverse: to act for the climate, to create added value for their consumers, investors or citizens, to anticipate future regulations, to engage the company in a collaborative approach with its stakeholders (employees, NGOs, media), etc.

Voluntary offsetting consists of financing a project to reduce or sequester another entity’s GHG emissions.

Voluntary carbon offsetting allows organizations to contribute to the objectives of sustainable development and carbon neutrality.

It also allows them to participate in international solidarity and to accelerate the low-carbon transition on a global scale; consequently, it is an opportunity for companies to assert their leadership on climate and environmental issues.

This explains why organizations and especially companies support carbon offset projects. To fully maximize this investment, it is essential to focus on credits that are relevant to each entity, that generate co-benefits (biodiversity, socio-economic, SDGs…) and above all that benefit from a robust and recognized certification.

In terms of project typology, there are several possibilities for actors wishing to finance GHG emission reductions or sequestration beyond their direct perimeter:

All carbon offset projects must meet the following mandatory conditions:

– Be “incremental”: it would not have been possible without this funding;

– Be able to measure the amount of CO2 reduced or sequestered;

– Be verified and audited by an independent third party

– Guarantee the uniqueness of the carbon credits it issues (one credit = 1 ton of CO2 avoided).

These are therefore projects whose effects on GHG emission reductions are verifiable and quantifiable. Compliance with these conditions guarantees the effectiveness of voluntary carbon offsetting.

Effectiveness of the offset: its additionality

The additionality of GHG emission reductions is a sine qua non condition to guarantee the environmental integrity of a carbon offset activity. In order for emissions reductions to be considered additional, they must not have occurred without the planned funding.

The environmental integrity of carbon neutrality also requires that the reduction of an equivalent ton of GHGs or its sequestration be credited to the accounting of a single entity.

Thus, the efforts made cannot be claimed by multiple entities. To ensure the environmental integrity of an offset operation, it is important to use the most demanding reference and labels.

To ensure the environmental integrity of carbon offsetting, standards or certification bodies define, in consultation with the various players in the carbon market, the requirements relating to the quality of carbon credits generated by projects or by the sequestration of GHGs.

Compliance with the requirements formulated by the standards is ensured by certification bodies that evaluate projects and issue opinions on their compliance.

It is essential to verify that carbon offset projects are validated and verified by recognized international standards. It is not enough to plant a tree to offset!

The reference standards on the voluntary market are

The environmental integrity of a project is supervised

Each carbon offset project is implemented according to a precise methodology developed by experts and certified by an independent organization. This methodology allows for an accounting of the project’s avoided or sequestered GHG emissions, which is verified to benefit from the organization’s certification (such as Gold Standard or VCS).

Without this certification, the project cannot emit carbon credits that are then used by a company for its own carbon neutrality objective.

In France, certification of national carbon offset projects exists through the Low-Carbon Label, launched by the Ministry of Ecological and Solidarity Transition in 2019. Labeled projects are subject to an exhaustive diagnosis by an accredited external auditor to ensure their quality, both in terms of their environmental, social and economic impact. GHG emission reductions are first verified by the auditor before being certified.

National institutions (such as the French Development Agency) and local authorities are actively interested in the implementation of carbon offset projects in New Caledonia.

Obviously, the territory has important particularities to take into account, such as the great diversity of land tenure systems.

Among these regimes, it is interesting to note that a large proportion of the land is subject to customary law.

The legal framework of customary land makes the classic tools of civil law inadequate in terms of land use.

According to article 18 of the organic law of 19 March 1999: “customary lands are made up of reserves, lands allocated to local special law groups (GDPL) and lands that have been or are being allocated by territorial authorities or public land establishments, in response to requests expressed under the link to the land. They include state-owned buildings ceded to customary owners.

These categories of land have several legal frameworks, depending on their date of creation and the text on the basis of which they were established (decrees of 1868, 1876, 1959 and deliberation of 14.05.1980.

Despite differences, the texts governing customary land respect the “4 I” rule, according to which such land is inalienable, unseizable, unchangeable and non-transferable, which is applicable to all customary land (Article 18 of Organic Law No. 99-209 of 19 March 1999, cited above).

This rule is extremely important in terms of land control, since it has the effect of prohibiting changes of ownership, whether voluntary (sale, exchange, donation, etc.) or forced (seizure, prescription, etc.).

As soon as the principle of collaboration is accepted by the competent authority, the agreement can be formalized by a customary act.

Definition of a customary act

A customary act can be defined as an act drawn up at the end of a discussion, organized according to the practices of Kanak traditions, and at the end of which a customary decision is adopted in the presence of the customary authorities: the clan chief, the tribal chief or the grand chief, or failing that, the president of the clan chiefs’ council.

It is based on a political will that is reflected in the guidelines set out in the Nouméa Accord concerning customary law and structure. The provisions defined by point 1.2 of this legislation aim to give customary acts a legal status that is enforceable.

It also responds to the absence of any legal or regulatory definition of the customary acts, which had an uncertain legal value.

Procedure for the establishment of the customary deed

Requests for establishment are addressed either to the clan chief, tribal chief or grand chief, or to the president of the council of clan chiefs. These customary authorities must be listed in the directory of their respective customary council.

In the event of difficulties in determining who is competent to pass a customary act, it is possible to refer directly to the Customary Councils.  These bodies were established by articles 149 to 152 of the Organic Law of 19 March 1999.

In consultation with the parties concerned, the customary public officer also determines the date and place of the act.